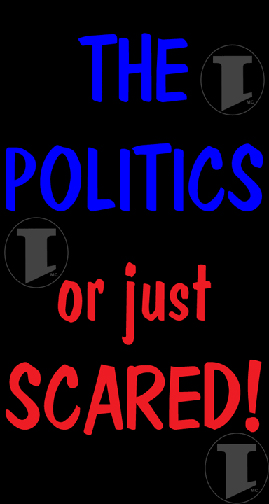 I’m sick and tired of hearing folks who never been in a motorcycle club talk this shit saying “they cool on being in a club cause they ain’t trying to deal with the politics”.   Bruh, let me be the first to respond and let you know that you sound like a straight up pussy when you say that shit.  You might as well say “I would love to be in a motorcycle club, but I’m just too scared, and I really don’t understand the lifestyle”.

Being in a motorcycle club is one of the most grown up challenges you can except into your life.  If you join the right club, it can teach you, it can make you more responsible, it can keep you out of trouble, it can provide you with a family you never had, it can change your life for the better and most of all, it can save your life!!

The politics only become an issue if you attempt to go against the grain.  If you joined your club of choice for the right reasons and you did a proper hang around time to get to know the club, then you should be well groomed and prepared to prospect with knowing what you are getting involved in.

Politics are not only in motorcycle clubs. You deal with politics everyday more often than you care to realize, but because it’s on such a large scale, you really don’t pay no mind to it unless it’s a isolated incident.  A motorcycle club is a isolated organization with a chain of command, protocol, rules, & regulations.  It’s organized.  It’s positioned for the organization to move as 1 and all be on the same page.  It’s a language.  It’s a lifestyle, a way of living.  You have to want it, you have to feel you have something to contribute, something to bring to the table.

If you can’t feel any of this, then this is why a motorcycle club isn’t for you, not simply because of “the politics”.