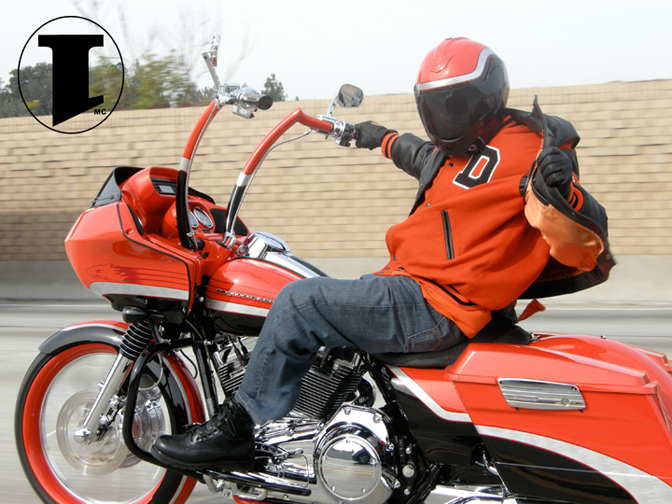 1DOWN MC is the First & ONLY motorcycle club to be featured on hit television show “Sons of Anarchy”.  Not only was the Motorcycle Club featured, but a few of their very own personal motorcycles were used in the television show.  This new addition to the show really captured the attention of a whole new audience and took Goldie’s motorcycle ideas & creations mainstream!  This is a 2009 Harley Davidson Screamin’ Eagle that was actually featured in a few episodes of Sons of Anarchy.  Keep yours eyes open, cause you will see more 1DOWN MC featured as the GRIM BASTARDS in season 4 of Sons of Anarchy!