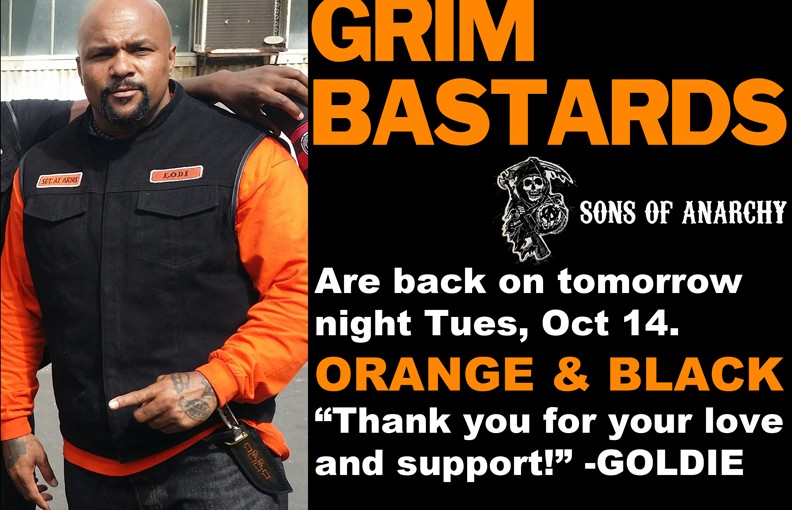 For all of you that watch the show, I just wanted to give you a heads up that the GRIM BASTARDS will be in tomorrow nights show, Episode 6. If tomorrow night’s episode is what I think it is… IT’S A GOOD 1

I will be on my White Dyna aka WHITE POWER. All the Grim Bastard motorcycles used on the show are my personal bikes that I own & ride daily. Just know whenever you see them brothas pull up on them dope as Harleys in that Orange & Black, it’s the Grim Bastards powered by 1DOWN MC

There are a total of 13 episodes, so that means the Season is already almost half way over

Much love & respect and thank you all for your continued love & support.