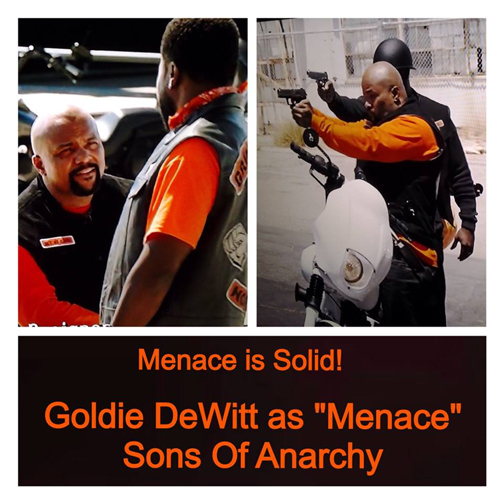 What a lucky mutherfucker I am. I don’t take any of this for granted. I look at this photo and I say holy fucking shit. That’s “Theo” from The Huxtables and I’m working with him. I grew up watching him on TV. Never knew I would be standing next to him working with him years later on the #1 TV show on FX. A show thats gone World Wide!

You will hear T.O. vouch for me as Menace when asked by JAX, who is ready to PATCH OVER to the Sons of Anarchy MC!!!!!! He says Menace is “solid” but T.O. doesn’t vouch for Sticky aka Malcolm Jamal Warner.