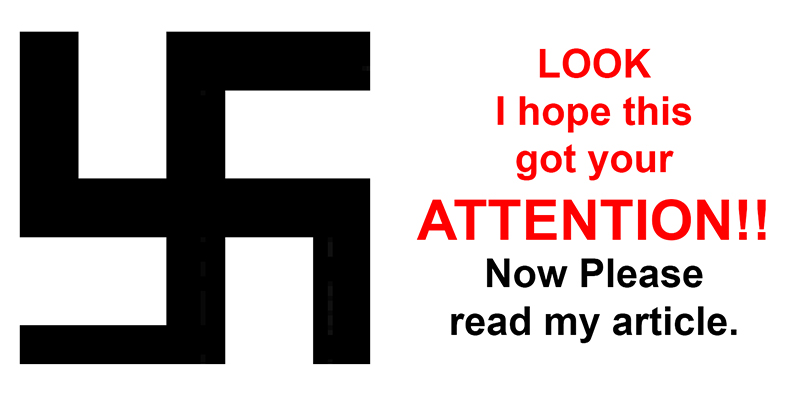 I wonder why the US Government never took action to confiscate the name of the Klu Klux Klan or confiscate the Swastika logo. **The Swastika logo is actually over 3,000 years old but commonly associated with Nazi Germany/Hitler. So it wasn’t his to start with, but that logo was associated with the murder of approximately 11 million people! So yes both mentioned above have a resume of Murder, Hate crimes, Terrorist acts, Drugs, Guns, Kidnapping, Etc. I’m no racist by no means. But this can’t simply be because the foundation of the 2 mentioned above are of White ethnicity and the motorcycle club that is facing court on June 2 is of mostly Mexican ethnicity. They going to court to defend their constitutional right to keep their club name/logo and not have it confiscated by the US Government. Is this kinda something like what the Europeans did to the Indians by wiping them off the face of earth. The Indians had a right to live and exist as human beings. They were first first! They were at home, they were invaded!

Motorcycle Clubs have the right as Organizations to exist and be individually identified and recognized as differently as different police departments that represent their different cities as they represent on their police cars claiming territories or Fire trucks, or sports teams representing a certain color and state.

THIS IS BIG PEOPLE. So for all the times you ever sat back and did nothing cause you felt what you saw on tv has nothing to do with you. I’m telling you, that you are dead wrong.

United states was built off of human slavery, we have no natural resources like the Middle East has eternal Oil and Africa has eternal Diamonds. The United States capitalized from free labor from slavery and once that came to a end the only free natural resource the US had was over. So what to do next? How does the US make up for loosing the right to enslave black people for free labor? Create all sorts of bullshit ass laws to put Blacks in prison that enables the slavery system to operate within the Governmental law and as a bonus the prisons are paid for by The Tax Payers.

Now in 2015 you best know that slavery is gonna be fueled by anyone that is not paying attention and there is no color line in this modern day slavery. The prison system has no color line and they inmates work for free or literally pennies a day.

Take advantage of being able to get involved and Vote! But to do that you gotta pay attention and most of all keep yourself crime free so you don’t violate your voting rights.

WE THE PEOPLE MUST STAND UP AND TEACH EACH OTHER.

Best wishes and good luck to my dear Brothers on June 2.