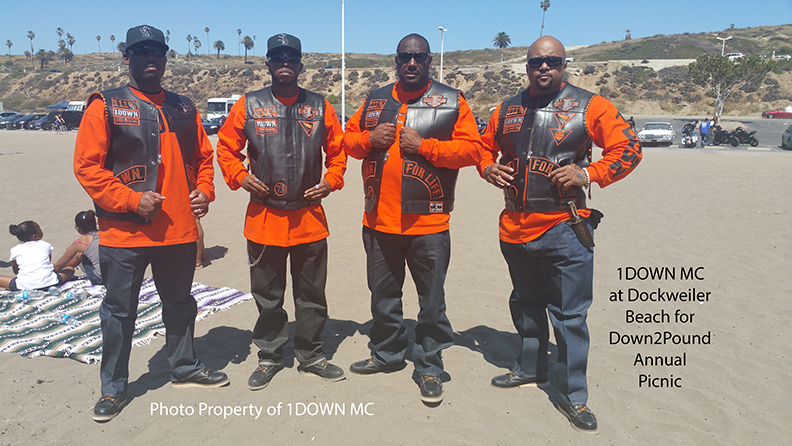 Went to Dockweiler Beach to wish Down2Pound another successful year and to also shake hands and fellowship with some folks we ain’t seen in a while.  That was the first time my Boots seen sand and at first I had no intention on stepping foot in that sand but I had too if I didn’t want to look like a “booshie as negro” 🙂 and the food was set up right smack in the middle of the beach so i had to walk through the sand.  Props to the chef cause the Chicken links were off the hook!

We stayed for a bit and had a good time, but we had to bounce and get back to 1DOWN Land in the Inland Empire.  Unfortunately the hotlink didn’t hold me over so we stopped at The Habit Burger to get our grub on. Being in a Motorcycle Club especially 1DOWN MC has really opened my eyes to life in a positive way.  I find myself only wanting to be around people with class and people that hold a certain level of respect about themselves.  I’ve learned a lot about the word Respect and the action that follows it.  I make it a point to make sure wherever 1DOWN MC travels, we pay respect forward.  No matter what folks may say, the 1 thing they will say was “1DOWN MC was cool, well behaved, and showed class”.

4 thoughts on “1DOWN MC at Dockweiler Beach”